You will have explored what you can already do on your laptop using the basic Expo laptop guide.

This is an attempt at a complete set of optional software for using survex, tunnel, therion, photos and GPS tracks to document our caves: using the existing data archive and processing new survey data. 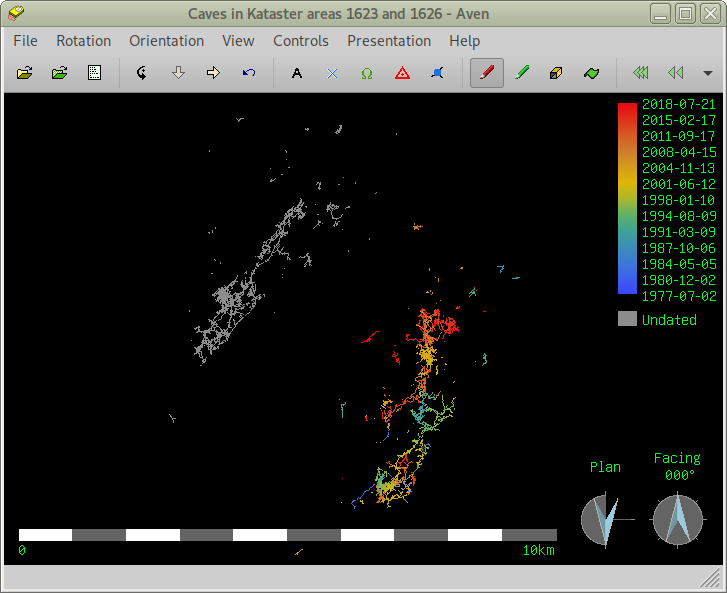 Long-standing Expo policy is to use open tools and protocols so we can retain control of our own data over the long term. And not to require expo-goers to sign up to external services or spend money on software. So we use FOSS software. You can use other software on your own machine if it is format-compatible and exports data in the formats we want, but all the recommended software here is open source (and please don't install proprietary software on the 'expo laptop').

For installing Survex, Tunnel etc. see this page which may be merged in here eventually.

Nearly all our Austrian surveys have beeen produced using Tunnel (or were hand-drawn) but many smaller caves and some areas of SMKsystem are done with Therion because Therion does elevations and Tunnel doesn't. Expo has a policy decision on which to use: if it is an entirely new disconnected cave, then use Therion. If it is a passage in a cave where previously we used Tunnel, then use Tunnel. See also Comparison of Tunnel to Other Cave Software.

Learning how to use this software

The Surveying and Data entry discussion areas on the Loser Expo Matrix chatroom are directly relevant. When we are drawing up the surveys after each expo we discuss things online here. Ask Wookey for an invitation.

Go back to: Basic laptop
Go on to: Bulk Update laptop