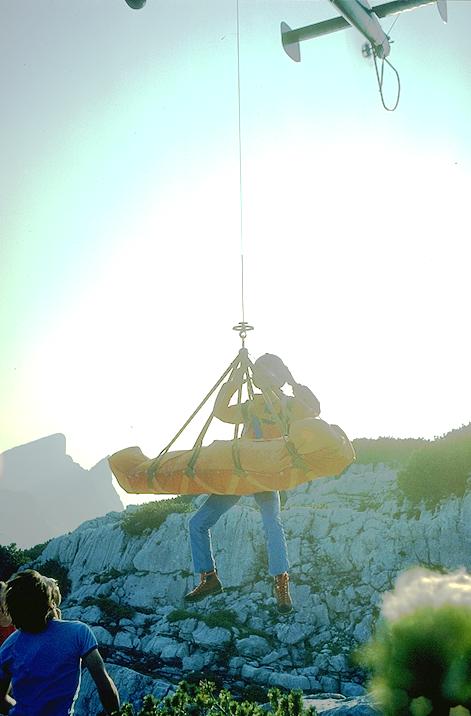 Rebecca Lawson being carried away by helicopter after her rescue from Kaninchenhöhle in 1989. Owing to the amount of caving gear strewn around, the chopper could not land close to the entrance, so Becka was carried some distance, then lifted by cable and taken a bit further away to a spot where a safe landing could be made.

[note on photography - the original slide, being shot straight into the sun, is almost a silhouette; I've fiddled on for quite a while with contrast curves to get this much detail out of it, but will have another go after all the other pictures are on the site. AERW]