A swift hour's caving with minimal gear got us to yesterday's pushing front. The first 3 hours were spentdropping two pitches (the Snail Trail pitches) + surveying in drafty, awkward rift. They [the pitches?] started the far side of the Snail Trail Traverse. We ran out of rope so left a decent lead continuing across + down with a decent lead continuing across + down with a good draft but it would be hard going, climbing up + rigging up + downin tall, narrow rift. We then deriggedall of SNail Trail+ wentto the tube above the mud slope on the main Hangman's Traverse. George strolled up the steep mud slope to the tube + put in a bolt for mefor a handline up then abandoned me with 2 bags and a loose rope to worm my way along a little tube until it opened out.

We surveyed then dropped a ? p15m + dropped thenext, deeper hole. At the top level + down the pitch were amazing large beds of ginger crystals (see George's photos) at all crazy angles. The pitch turned into a biggy so it was lucky that I'd brought all 3 ropes along.Finding a clean hang among the sharp spikes,slopy walls + shit rock proved toomuch of a challenge for George :-). We surveyed downwhilst George was rigging until we hit a big ledge where we'd run out of rope. There were huge boulders so we had fun crashing them down (though one monster he videoed headed the wrong way when I pushed it + I thought I was going to crush him) + I gotnearly 50m distoXshot further down so we're still well off the bottom. Tired ont eh survey on the way out. Took 90 min from bottom of Hangman's to get out. Pitch below Prangman's (rigged 19/7) [6] 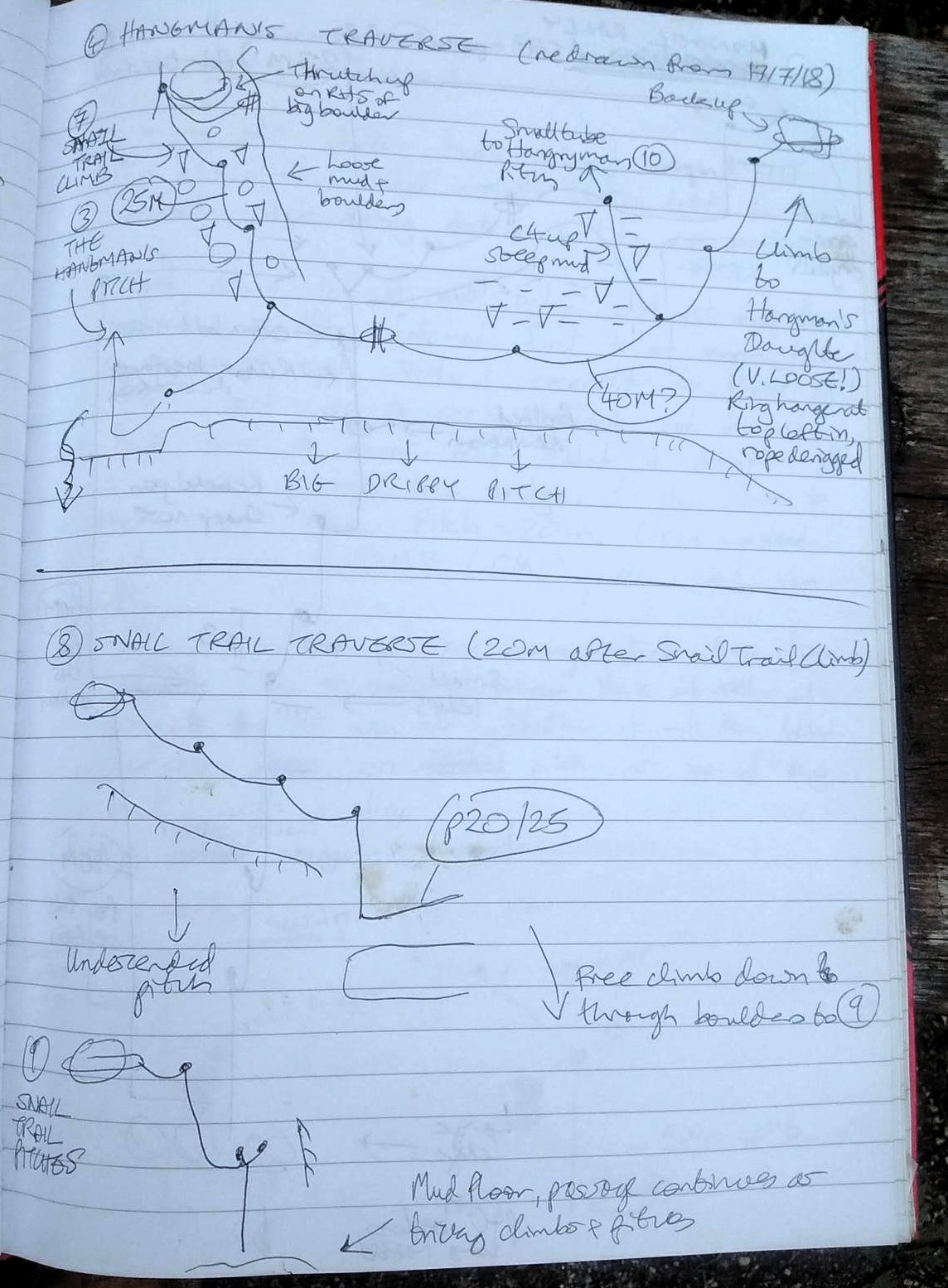 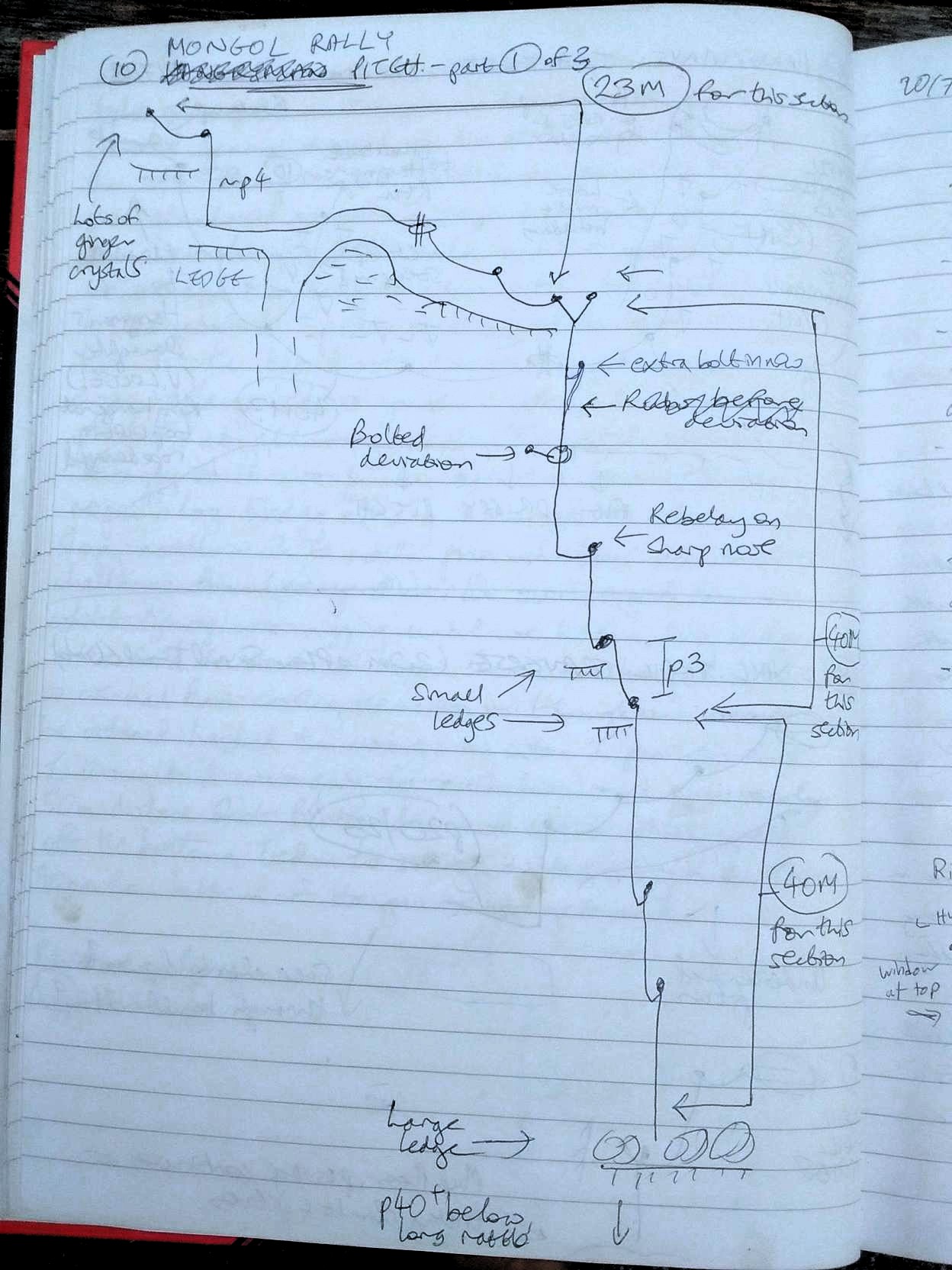