unfortunately we have been defeated by the Beast. :( Noel & I decided to try & have a go at dropping the Beast. So down String Theory, down Pigeon's in Flight and off to the top of Pigeon Droppings. Here there was a gear stash & Pigeon Droppings was rigged - awaiting a derig. So whilst I repacked the gear, Noel derigged Pigeon Droppings. Once all the gear was out, sorted & repacked - we headed to the Beast. We had decided to try the window Becka & I had found (back on the connection trip in 2012). So Noel rigged Eh Bah Gum, which unfortunately was rigged on thru-bolts and also needed a new rebelay due to a trashed bolt. Once done, we head to the ledge and the story continues... 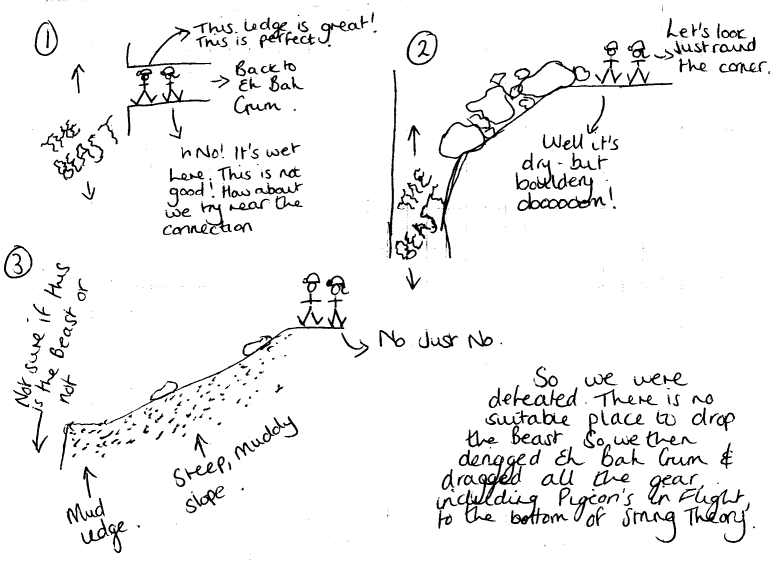 So we were defeated. There is no suitable place to drop the Beast. So we then derigged Eh Bah Gum & dragged all the gear, including Pigeon's in Flight, to the bottom of String Theory.