The Futrells wanted a sightseeing trip where they could take photographs without being pressured to go fast, and us others wanted an easier trip. Also given to us was the choices of a C-lead at the top of String Theory (09-44C). Took the standard roure to ST (Entrance -> Caramel Catharsis -> Pleasure Series -> ST). C-lead was along a rift out the top of the scree slope at the top of ST heading West. Floor of boulder choke, after ~20m the floor falls out. There is a ga wide enough to fit a person, an 11m tope allowed descent to a second level of boulder choke floor. A third and final level of boulder choke floor was reached by another ~6m pitch. Both ends of the rift choked up at each level. The lowest level was at ~45° angle, any step sent a cascade of rocks down. 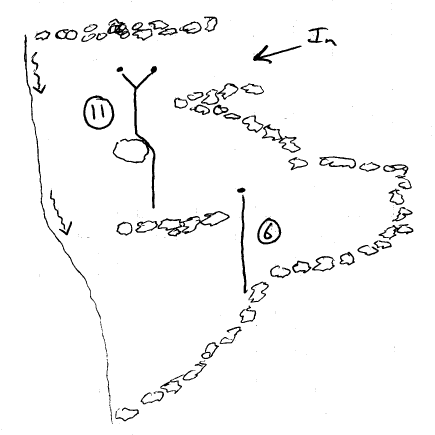 Trireme Rift (3 levels and they just get shitter further down. Craps out in all directions, not worth returning to. On the way out, the Futrells took time on the entrance series to take a lot of photos.