Cairn built by entrances. There are three entrances investigated:

Highest is really tight flat out crawl leading to a tightish but passable rift, draughting. Abandoned in favour of a newly collapsed small hole 10m below, at the foot of a small (5m) cliff. This had a very big rock blocking the entrance and rewarded the huge effort required to move it with nearly 5m of passage to a choke and a choked shaft.

10m further down still is the third entrance. A 6m climb down to a large ramp and a rebelay is the start of a 30m pitch. One way at the bottom is an 8m boulder slope climb up to a choke and small aven. The other way is a 2m climb into moonmilk crawl and some tight thrutching and chokes. All thoroughly investigated and not going anywhere. 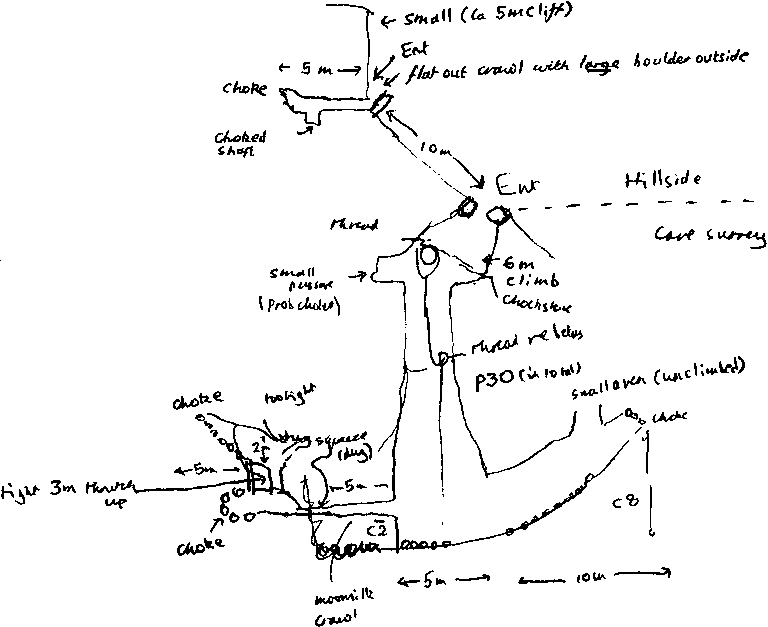 1994 log shows location (note that the arrow labelled "approx north" is very approx, as it is actually roughly east):

Following the route depicted, if you reach a sandy depression, you have gone too far.