The objective of this trip was to derig at least as far as the top of the flood-prone Procrastination pitch. The intention was to use the PAELLA (Pull An Extremely Long Length Altogether) technique which, a practice run in Long Drop apart, none of us had really done before. A planning session the day meant we had a good idea of what we wanted to do on each pitch, which made for a pretty slick operation. The previous camping team had also done us a massive favour by tackling the Kraken pitch and the bottom hang of Inferno so we only had to go two thirds of the way down Inferno. The paella proceeded as follows: 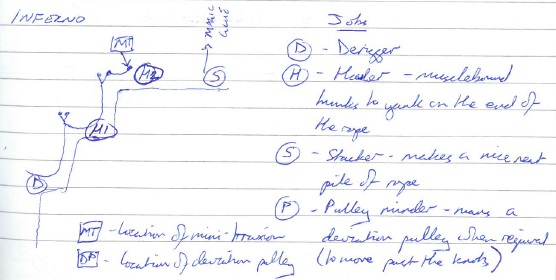 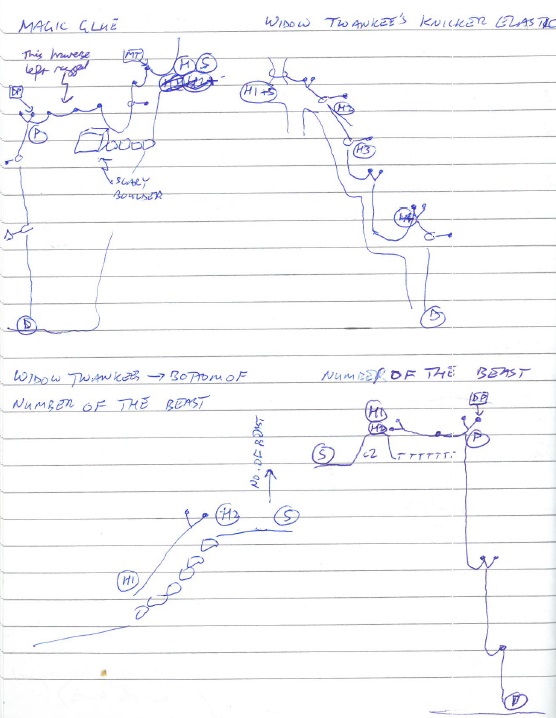 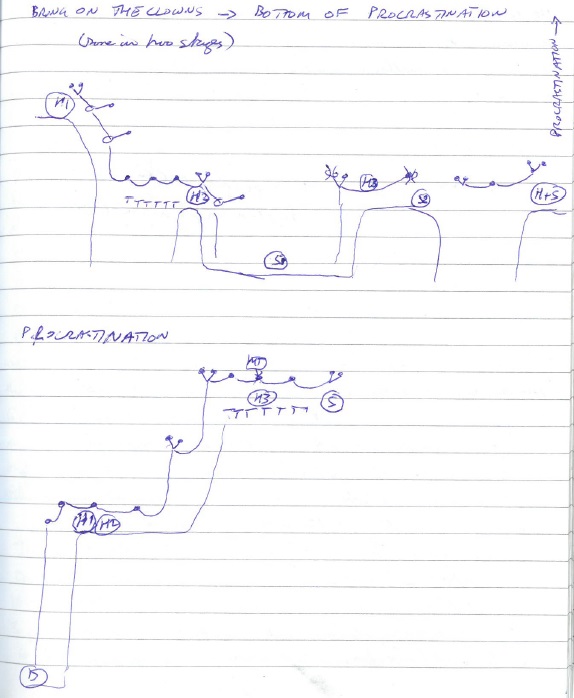 At the top of Procrastination, the timely arrival of reinforcements in the shape of Pete, Ash and Aidan allowed us to paella and derig up String Theory by means of brute force.

At the top 9 tacklesacks were waiting, so all the rope (approx 1200m of it) was bagged and ferried out of the cave. A most satisfying and effective detackling trip and a good, solid effort from all concerned. Other events of note: When prussicking up the bottom part of Widow Twankees, Rob managed to pull a TV sized boulder off that caught him a glancing blow on his helmet and shoulder, smashing the glass on his Duo. He walked away shaken but substantially unhurt. It could have been a lot worse - care required! When derigging String Theory, Elliott left his personal bag at the bottom so had to put a couple of bolts back in to go down and retrieve it. This news was greeted by sympathetic laughter at the top. 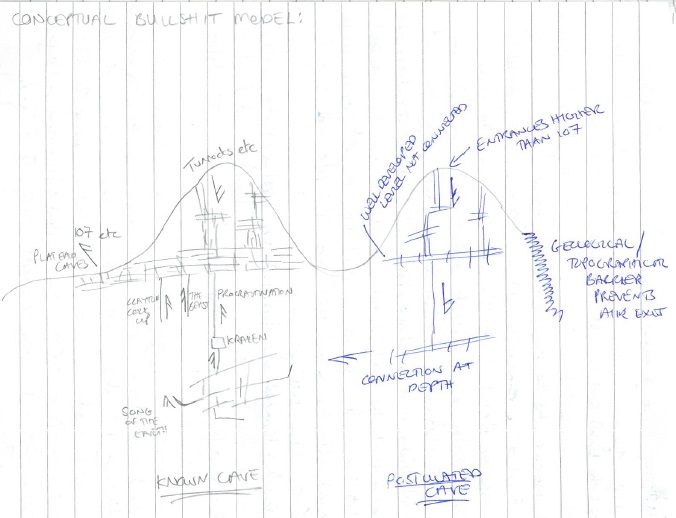