Julian had made a rare appearance & wanted to go to the leads at the bottom of Tunnocks - we got a sketch of Neil, Becka & Mike's survey from Fleur to find their A++ lead beyond the traverse at the end. A nice trip to the end & we soon found said traverse. Whilst I set up and started the traverse, the others set off exploring & surveying some small passages nearby (to ensure there was no easy way around the traverse this time). 9 bolts crossed on an ascending ledge with a couple of exposed airy stances. TAKE CARE stepping over the balanced boulder - I could not push it off the edge but you never know what falls off here (as per my "incident" a few years ago. Once on the other side the strong draft resumed & a junction was reached after a few meters. The others sorted their survey gear & we split into 2 groups - Julian & I taking the left branch & the others the right. Ours turned out to be narrow & not too drafty ("the wrong choice") but ended after 150m & a "narrow section" at a short exposed climb down to a ledge - few possible leads here - a wet sounding pitch & a possible traverse over - needs another look from down the climb (not done by us - possibly requires a rope). Back at the other survey front we helped the others finish up where the drafting passage ended in a small boulder floored chamber with two possible pitches out (~5m & ~10m) - both bouldery but good prospects.

Julian While Noel rigged, Rob, Dave, and me looked down through a tight hole into a chamber, Noel instructed that I should operate the distox as I'd pay if broken. The chamber had usual waterfall pitch breakdown. My God the crawl was tight on the way back. through a U bend with rocks wedged in it, arms by my side, distox lost somewhere underneath. I did not care if I broke it, just get me out of here. Serious chance of doing my back in by forcing self on. Horrible. 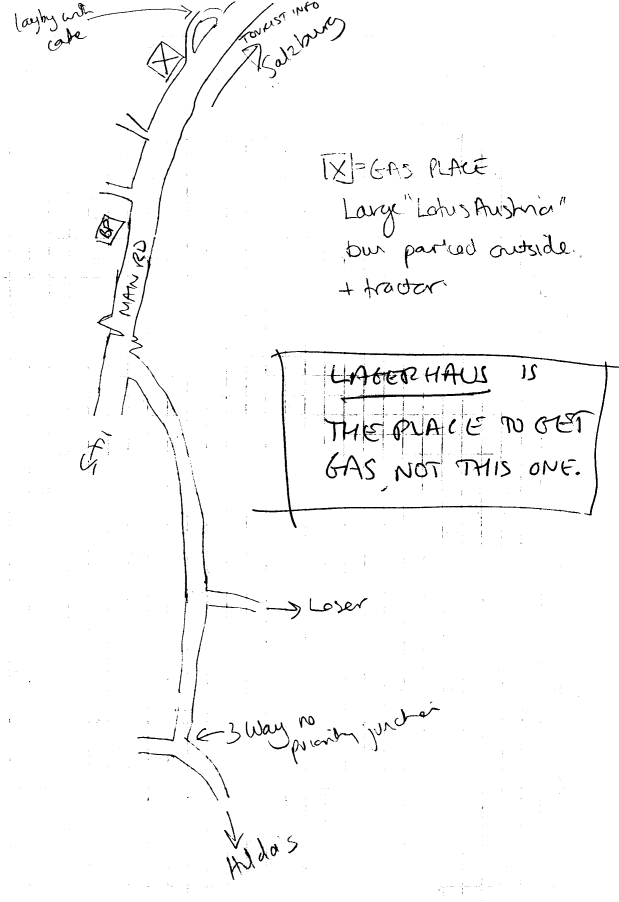 Sam, Elaine, Matt, Aled, David, Sophie D
Prospecting opposite Clownhöhle (Elaine's write-up of 2014-NEO-01 continued)
While Aled was watching Sam bolt his pitch and David was helping Elaine survey her horizontal hole in the overhang, Sophie and Matt headed to the end of the cliff and up the gully behind. The area they wandered round above was dotted with lots of big holes. One could be walked into and was found to crap out, with a ceiling that came away if you touched it. Some gear would be required to investigate the others, so Sophie and Matt headed back to fetch stuff and anyone they could interest. As they picked their way down the chossy gully they noticed Elaine on the bunde covered hillside excitedly "discovering" what Matt recognised as Clownhöhle. Sam and Elaine were left to bash their way round the hill, while Aled and David were successfully enticed to Sophie and Matt's area. Matt, Sophie then David free-climbed into a pit PLEASE TURN OVER (SEVERAL PAGES?) FOR CONTINUATION