Back on down to continue our previous survey down the pitches that Joe, Fleur + Pete had rigged yesterday. The horizontal passage looked an excellent lead with a good draft (+ a single pair of footsteps in + out - bad boy, Joe!). We soon surveyed to a traverse which Neil rigged over a big drop + ... footsteps the other side ... so we only got ~4m of unsurveyed passage to get the connection! We tied in the survey then ran off to work out where we were (luckily I'd packed Julian's mini-survey of the Straight Choice area). Mike took a few shots of pretties + then we checked out the leads, admiring the scary traverse + climb that Andrew had done on the only trip that had been there before, when we'd done a long rig - survey - derig trip at the end of Expo. There were no horizontal leads to do + we were nearly out of rigging gear so we decided to go for the QMA at the S end of Arctic Angle with a p6. Neil soon rigged this + excitedly reported that it looked good... + we'd already noticed the strong draft so we whooped our way down to discover a maze of attractive walking passage - lots of phreatic, some formations, really lovely - looking passage, whoo hoo! Neil + I tried to break Mike with speed surveying with a DistoX. We romped around, surveying to a large pitch from two different directions + several other pitches. We also left a couple of easy, strongly drafting 'digs' (needing 30 seconds to scoop away the sand to enter) + some slightly harder to enter horizontal leads as well as all the vertical leads for others to enjoy. Headed out after wrapping up a 69 leg, ~450m survey. I deriged the pitch + traverse + entrance rigging above Caramel Catharsis as Ducks on Ice is now the standard route whilst Neil added two more bolts on Ducks on ice to try to alleviate the rubs. Fine trip! 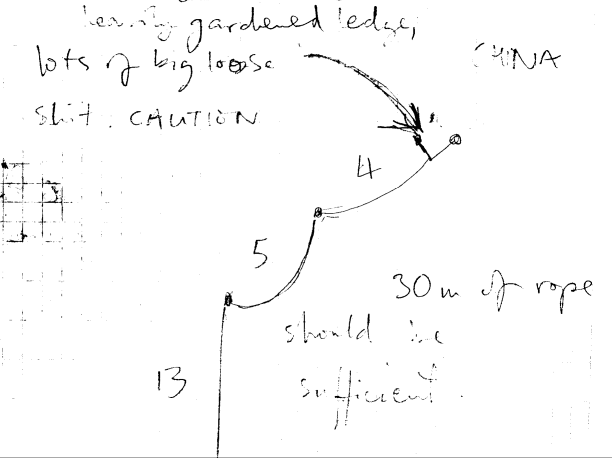