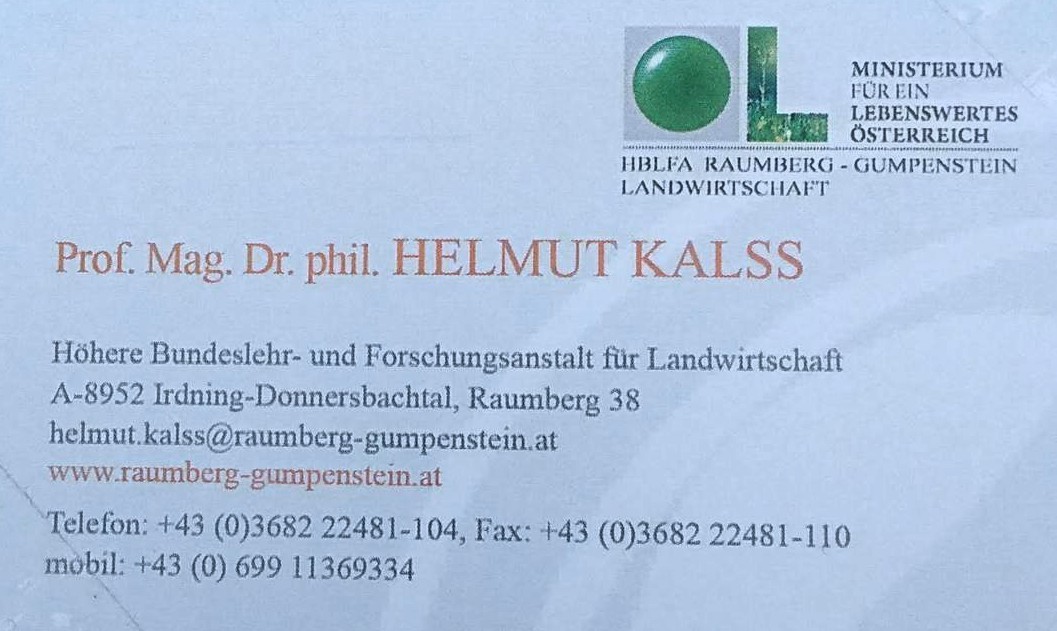 Helmut Kalss
Hitched a lift down from the carpark with Helmut Kalss who lives in Altausee (we drive past his house every time we go up to the plateau). He is a local and teaches at the agricultural college. He knew about the SMK system but not what we had done - so he gave me a lift to the potato hut and I showed him the posters and aven. (He also has a hat with a feather in it.)
T/U: 0 hours
Ryan, Alex, Jacob
FGH - Finishing Fish Face beyond Gardening School, discovering Private Pineapple Pitch
Accompanied by Pi and Andt (two German cavers). The trip was to push Fish Face further following a low-level lead in Gardening School. An exchange was agreed with German cavers whereby they would offer us a trip if we offered them a trip (an agreement arranged by Alex and Jacob during the bottom base camp BBQ). The trip also allowed the German's to experience top camp, both who were incredibly impressed by the arrangement, declaring, "You English are mad!" The international caving group encounted a language barrier in the especilly crumbly and loose passages of the Fish Face entrance pitch and traverse. WHile descending Alex had one of the Germans (Pi) shout "stein!", somewhat confussed he looked up to find the German caver was not offering him a beer, insted a number of rocks had been kicked down. A system was then proposed by the Germans to overcome the language barrier. The sylable count of words would indicate the cave command, therefore the language used would be rendered pointless.

Image of the syllable system table It was also agreed during the trip that signiifciant space woudl be left berween cavers on th epitch/traverse series leading on from another due to the daners of very loose rock and the potential of injury. The gardening school passage was pushed beyond the unnamed and unknown pitch that offered a lead. Originally we believed that a shaft 3/4m down would be best for a rebelay, however on investigation this appeared to be a large boulder wedged between a large rift. Furthermore, the placement of the boulder, nicknamed 'coffin lid', appeared to be only secured by small boulders. The decision was made to drop the Y hang down through a squeezy pitch, although tight, the pitch is easily accessible. The newly found Pirate Pineapple Pitch (PPP) ~50m and decends down further into the rift. Multiple passages can be seen coming of this pitch which may be worth future exploration. The pitch bottoms out in a small chamber ~10m^3. A smaller interesting chamber is to the right, nicknamed 'mud hole', here a variety of interesting geological features are found. ALso at this point a small pool of water has forned. Directly in front of the dropped pitch after a smooth step the rift can be seen to bottom out. However, at this point, we had ran out of rope. An additional 15/20m (unreadble word) have allowed us to reach the bottom. We assume this amy be the bottom as its the collection point for many of the smaller dropped rocks. The rift appears to curve around the corner offering a potential easy lead for those who are willing to push this further. NB: the pitch was named Pirate Pineapple Pitch due to the consumption of a pineapple by some rugged looking cavers at the bottom of the pitch. The carrying of pineapples to inappropriate places is a tradition upheld by Alex Sterling (sp?) of Nottingham University Caving Club in reference to the Pineapple on Tour (sp?) - a society at Nottingham University which took pineapples up munrows in Scotland. The society was dispelled by the university and folded into other outdoor societies.