We got a fresh 200m + split it between us + headed to the traverse at the end of Myopia first as the drill was at the top of Hangman. George bolted a rather elegant traverse along a ledge (extra bolt midway would be good) and the passage beyond cpntinued large for all of ~30m until it came to another big pitch with, again, passage continuing beyond. We then headed down Mongol Rally to where Olly & George had got to yesterday, switched the ropes so they were used more effectively then George swung around in free space for quite some time trying the swing enough the skyhook to a wall (?).. then repeated the exercise 30m lower. Finally he got to a large obvious ledge - the Pitstop - where we could wander around + with other passage visible in the shaft at that level. George finally made it down to a large ledge + I tried to bolt the final ~10m hang but I dropped the Hiltis down the pitch so I went down + passed them up to George to finish the job. He was too droopy (?) to survey so we headed out from Floodland at the top of Mongol Rally after a brief scurry around 2h45 out. 13.5 min up the entrance pitch for me versus 10min then 8min for George other times... but I suspect some SRT shortcuts were involved. A rainstorm started just as we were about to set off so we sheltered for 20min then stomped in the dry to topcamp + 5min after we arrived it deluged so we jammily missed being flooded in Balkon. 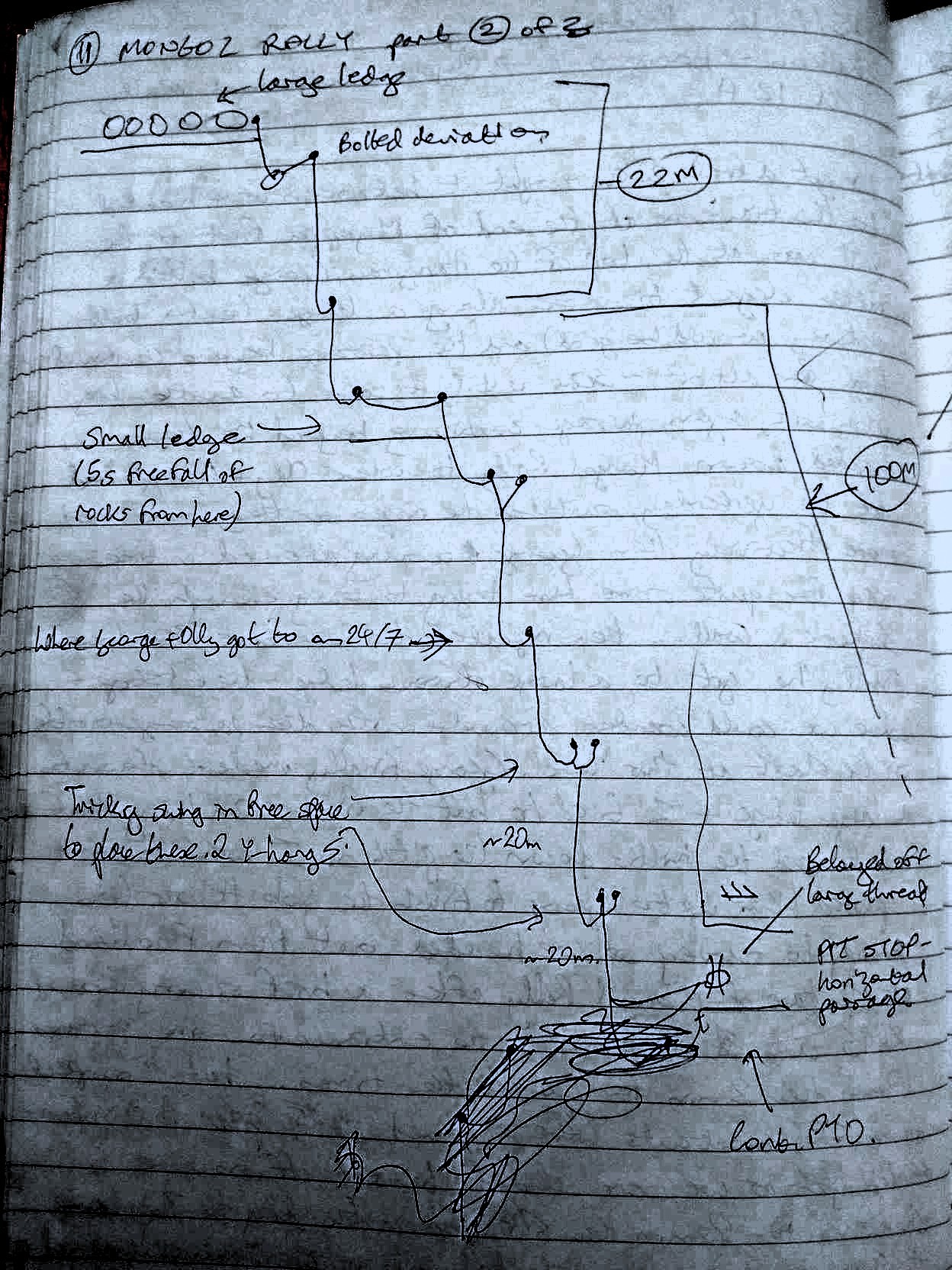 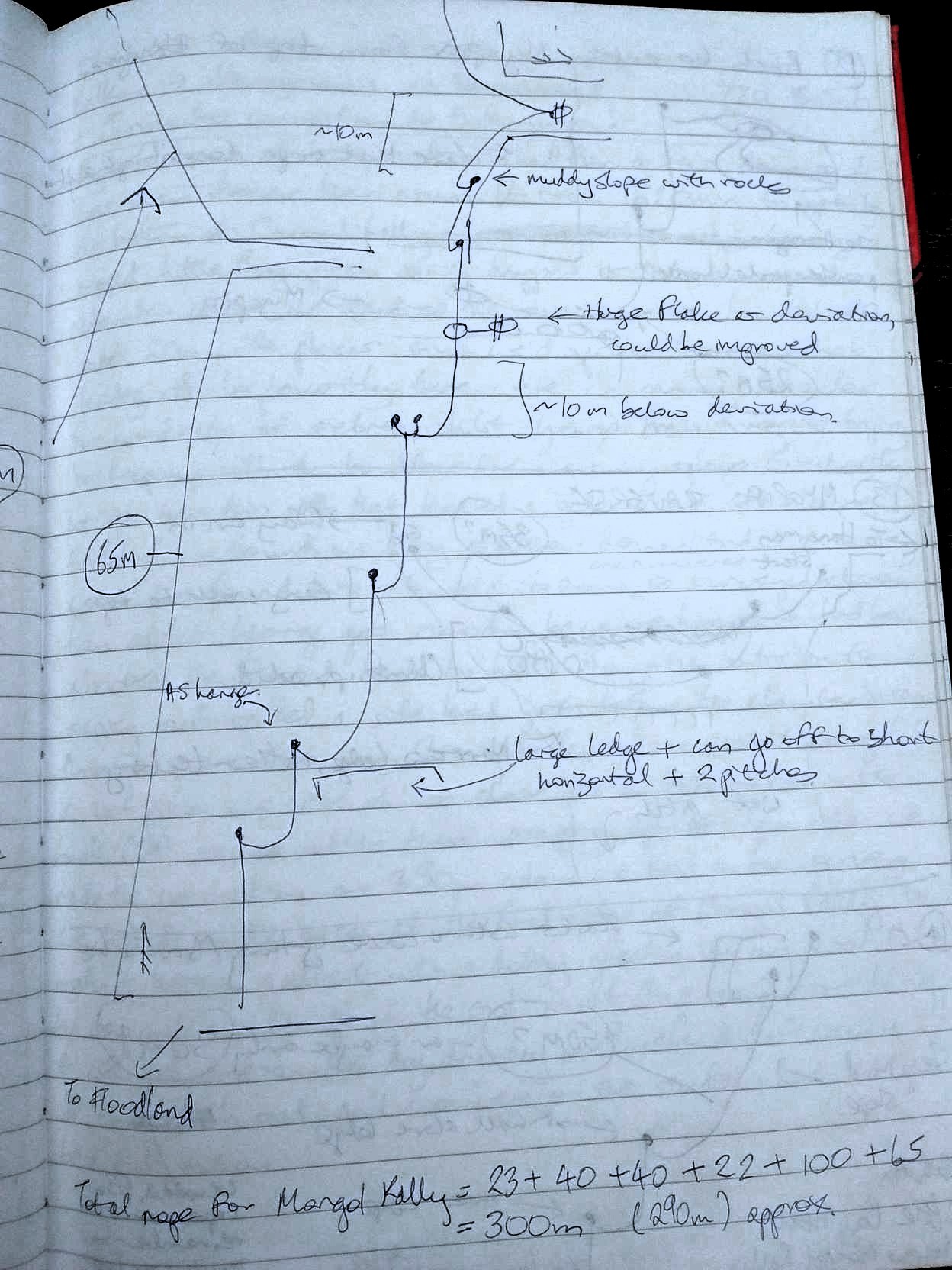 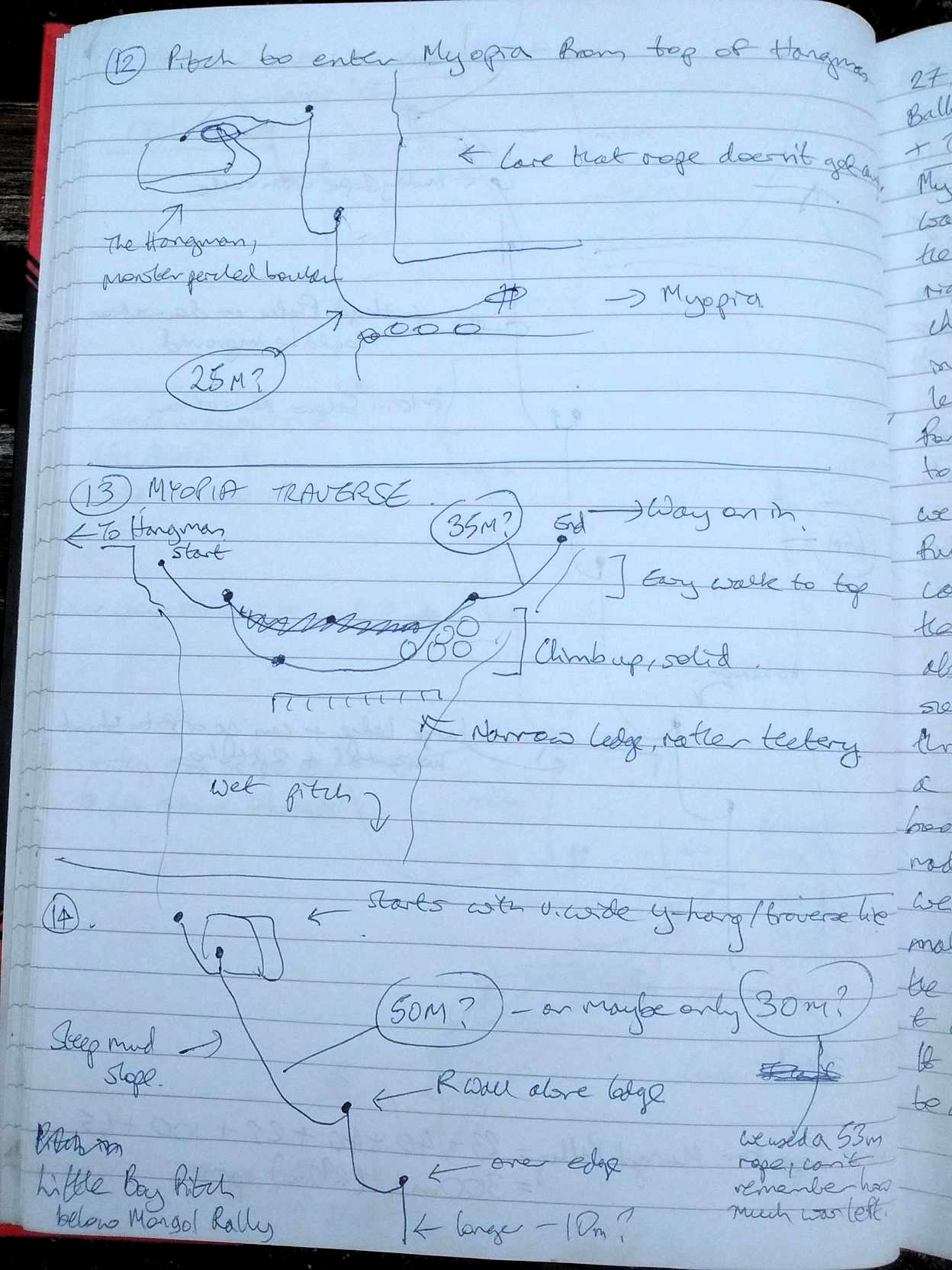 [moved from later in logbook:] 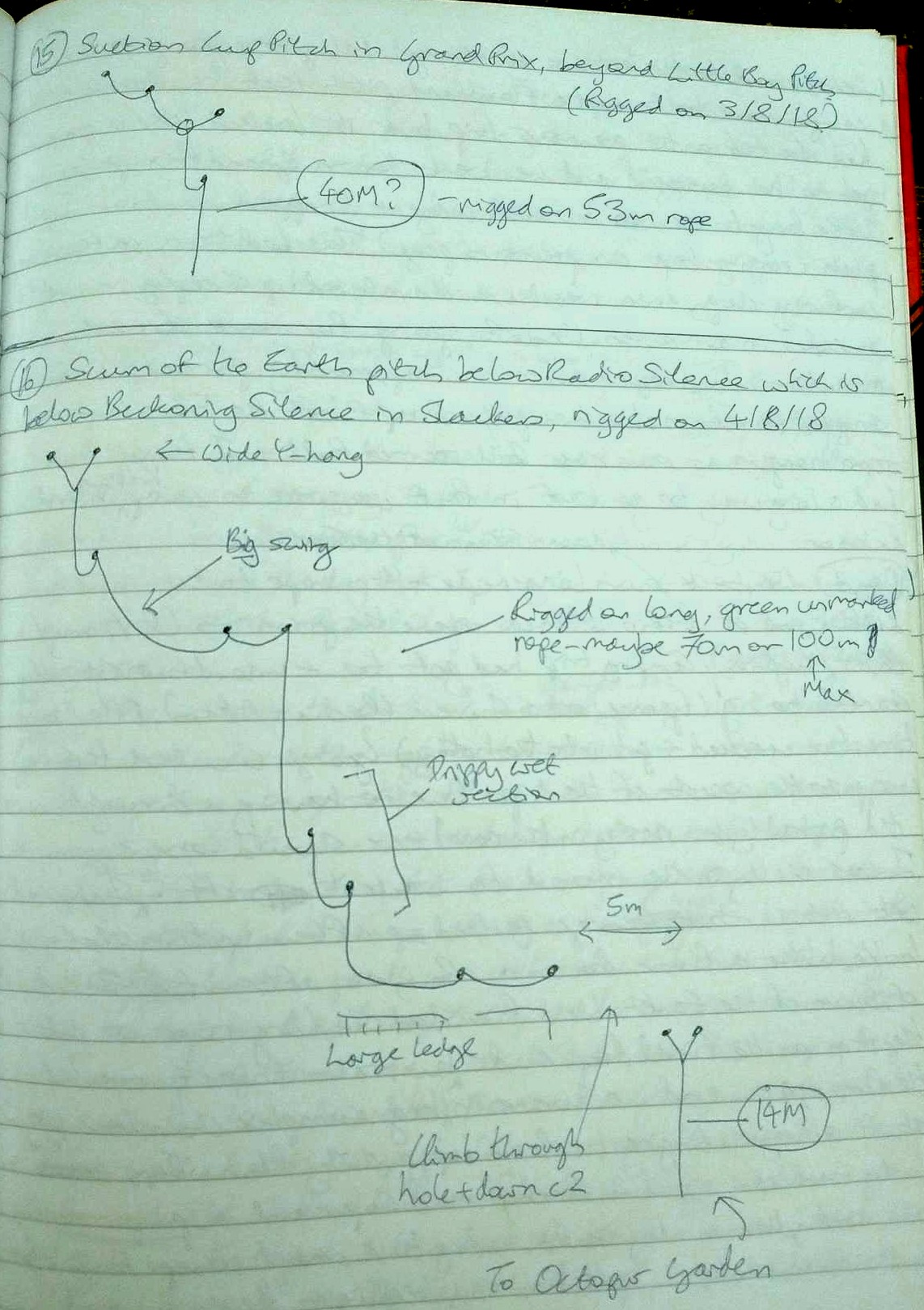 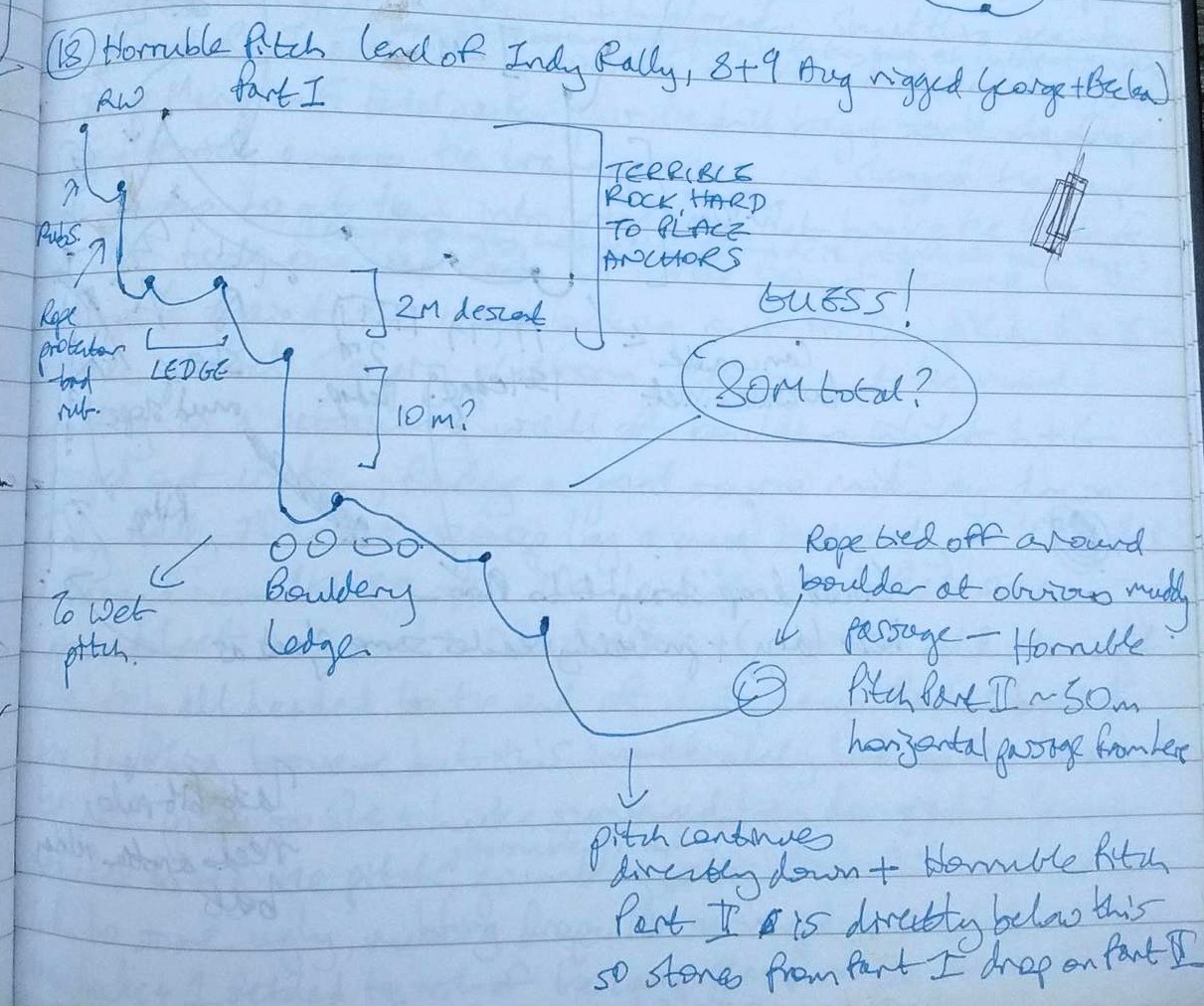 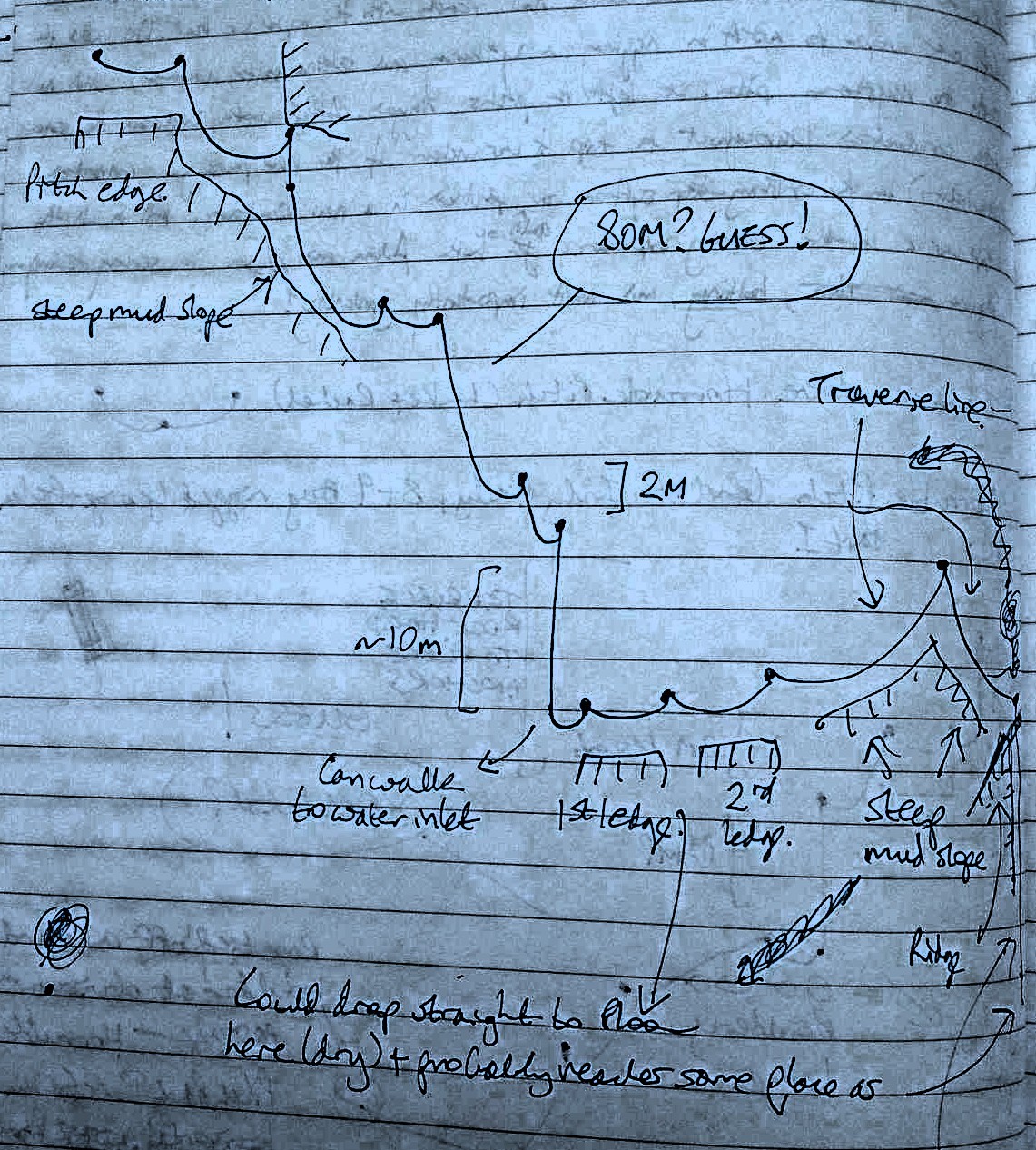