With me having a plane to catch and having had all evening the night before to pack gear, a very efficient start was had, underground by 9am! Luke went ahead to rig Procrastination whilst I again fettled the Entrance Series (icicles still there) and Caramel Catharsis, where a rope protector cannot prevent rub from the single bolt hang at the top, where there was a shit Y hang using a thread last year. Then I went to assist Luke, who had run out of hangers and had also missed some bolts. After a bit of faffing, the rig was almost perfect and we were on to rig the shit little traverse and pitch before Bring on the Clowns. It was barely gone 1pm at this point, so we decided to see how far a 39m rope can get you down Number of the Beast. It turns out you can get to the first rebelay (though this length + my rigging style rendered it a little tight later). Then out and down the hill to print boarding passes and rigging topos. Note: the y-hang at the top of NOTB should be a bunny ears style knot for ease of safe rigging. 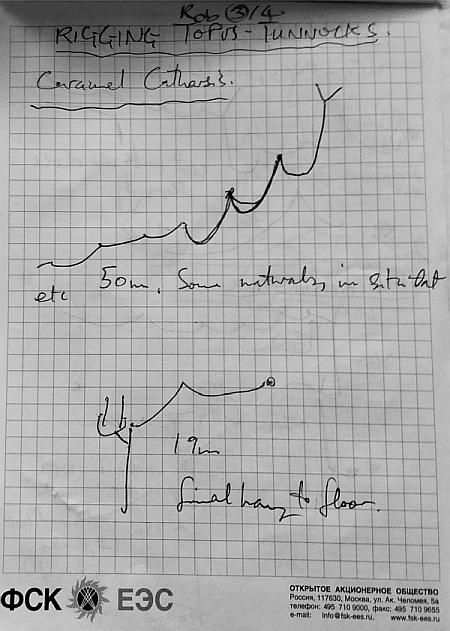 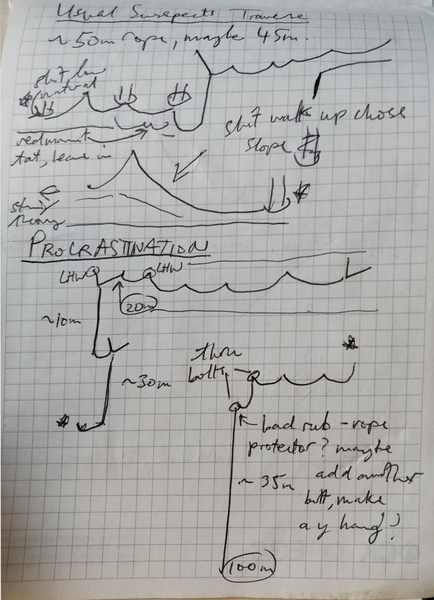 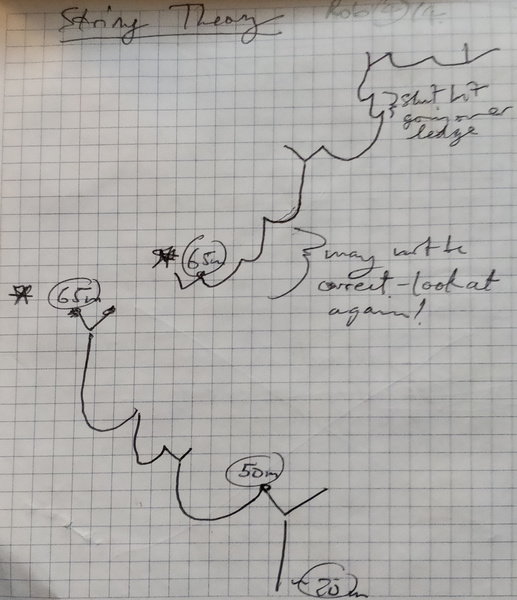