Zipped back down to Kraken to the point where we had left off two days previously. I wielded the drill to try to execute the rigging plan from the previous trip. I put in another intermediate rebelay that got me down to the edge of mud slope. Here I placed a truly awful rebelay bolt - cratered and overdriven such that the anchor went right to the back of the hole when setting t. Fortunately, I had a bollard with me to hide the evidence. Heading into new territory, I got lucky when I found a nice overhang with some beautiful clean rock - presumably because part of the ceiling has become the floor in the not too distant past. From here I got a beautiful 40+m hang to the floor, so called Andy to join me. The pitch lands on a large boulder slope - pretty much the same as the upper level of Kraken Chamber. Heading downhill closes off but there is a rift on the north wall that leads to a mud slope where I couldn't see Andy's light - so presumably going somewhere different (QM-A). There may be a passage high up at the western end that would need a bolt climb to gain access - a better light is needed to assess this (QM-B). There is a nice cracked mud floor in one corner. Going east from the bottom of the rope leads to a further shortish looking pitch (~10m) QM-A. This may simply go to the bottom of the boulder pile - hard to see if there is a way on. So there are a few levels, but nothing that screams "push here for more cave". This is a very big space so it is hard to tell if there is a draught - especially since the draught was weaker than when the weather was baking hot the previous week. We surveyed this lot using a Pony and Wookey's Chinese Disto knock-off. The latter proved very tedious when the leg length exceeded about 10m. "error 160" was seen quite a lot, with "Error 155" in second place and the occasional "Error 154". Eventually got everything in the book and headed out to complete a fine trip. The survey data puts us 626m below the entrance, and ~25m above the level of the Razordance sump, which helps explain why I was quite tired. 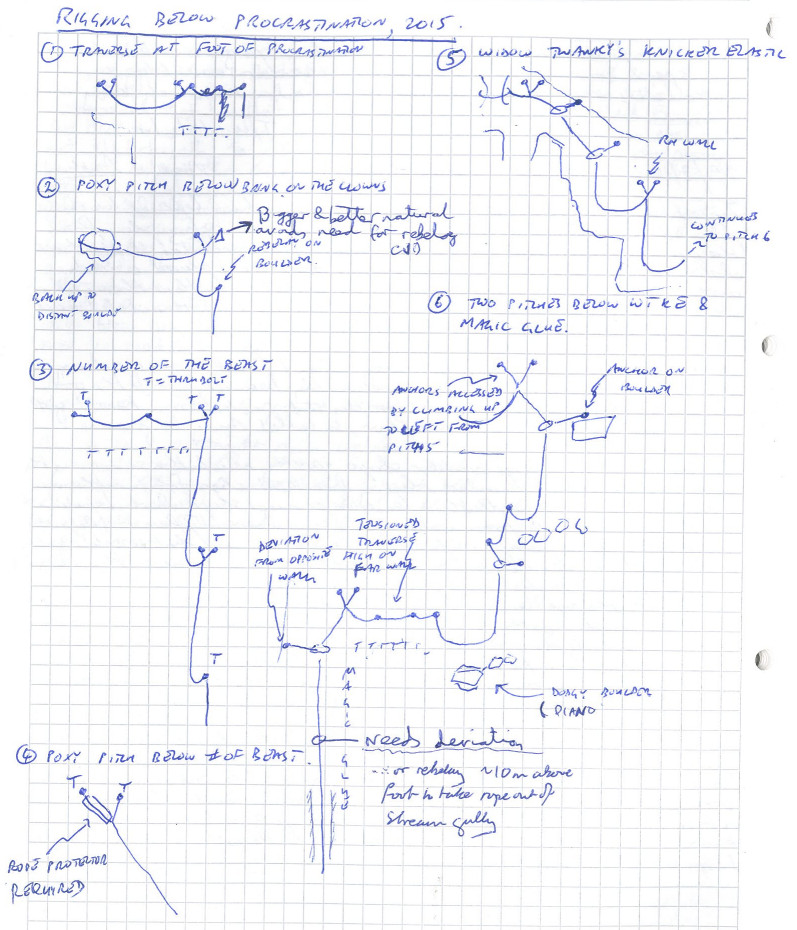 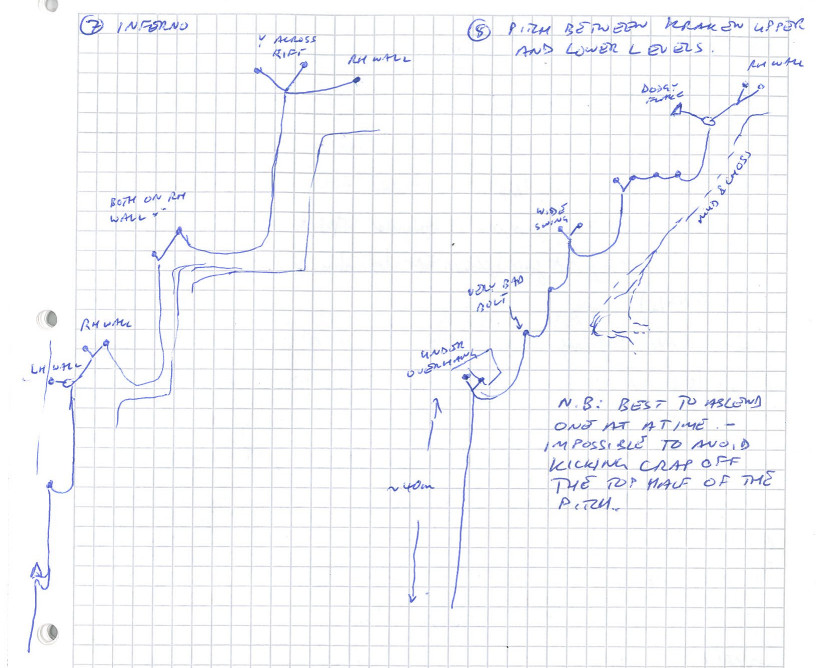