Following a quick and effective trip the previous day, the same team returned to rig the long way round to the leads near 107. We thought that the trip shouldn't take too long so were in no hurry to leave Top Camp. The flaw in this logic should have been obvious and our failure to get underground before 14:00 proved to be a mistake. Trundled along to Strange Downfull, Rob W prussiked up Strange Upfall to find that the traverse line at the top was (thankfully) still in place. Up Irony of Time and into Country for Old Men, we had a pleasant surprise that the Sudentenland pitch was still rigged - the 100m of rope we had with us was starting to look like overkill. All enjoyed the interesting rig on the Mordor pitch, then along the extreme horizontal stuff at the bottom. By now it was becoming clear that, despite minimal route-finding hassles, the trip was going to take quite a long time. Arriving at Holey Cow, we finally found something that needed rigging. Rob W rigged down the little climb, then put in a hanger to protect the walk across the ridge to the little traverse on the other side. It turns out that this bolt is pretty good since when Rob made it to the location of the y-hang bolts, the ledge he was standing on disappeared and he took a swing and smacked into the ridge. After that bit of excitement, we headed off to the Runnel Stone. Survey station 56 looked like the most promising area: there is an undescended pitch with a faint draught. Climbing up into the roof (looks like we are in the bottom of a keyhole) to see if the passage continues at roof level might also be worth a try. The survey puts us 23m laterally and at the same level as a parallel passage to Chicken Flied Nice, so there are a few possibilities here for cutting a significant chunk off the commute. Next we went to the end of Bundestrasse. The continuing rift at the end goes to a pitch after ~15m. There is a draught, but it is small compared to that in the phreatic passage. This suggests that most of the draught disappears up the aven, which looks like a phreatic tube and Rob A believes might be climbable. By now it was getting very late, so we returned to the junction at the end of LÃ¤rchen Republic and ditched the rope. From here it took about 5 hours to get out, with the only significant delay being to install a sling on a greasy climb in Sudetenland that we had waltzed past on the way down. Emerged to steady rain at 03:50. We were very glad of the extra reflectors that had been installed on the walk out during the soggy walk back. Arrived at Top Camp at 05:00 in time for a dawn curry. 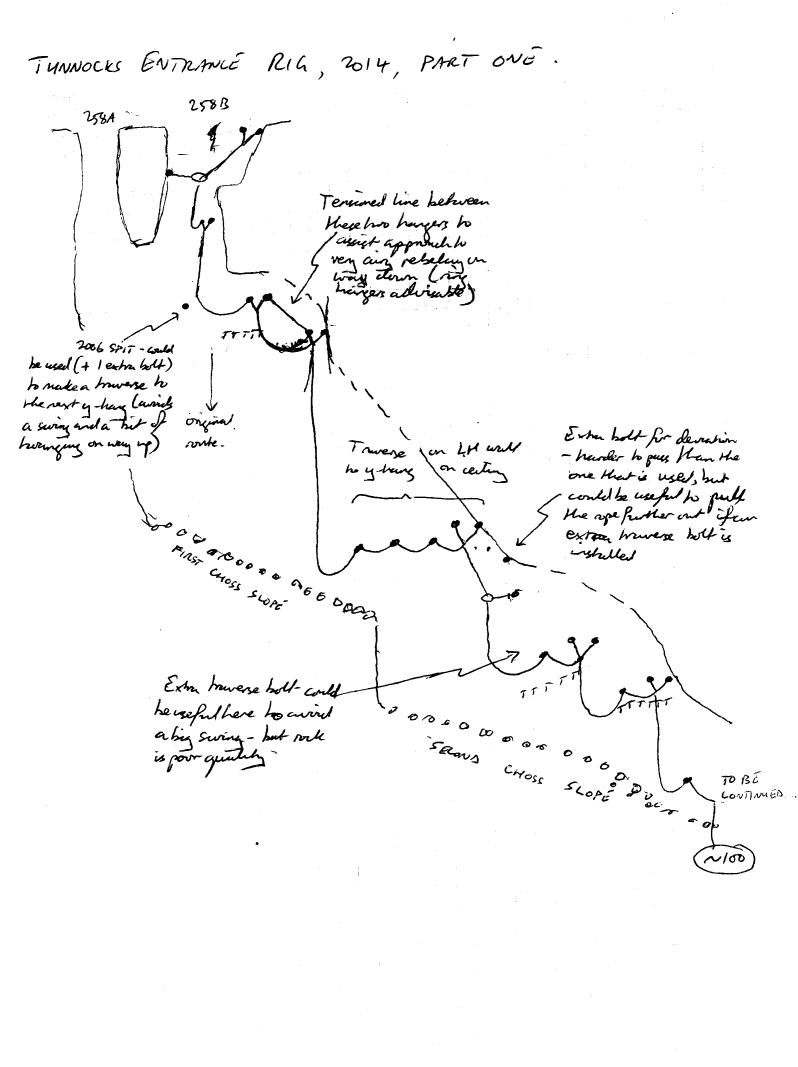 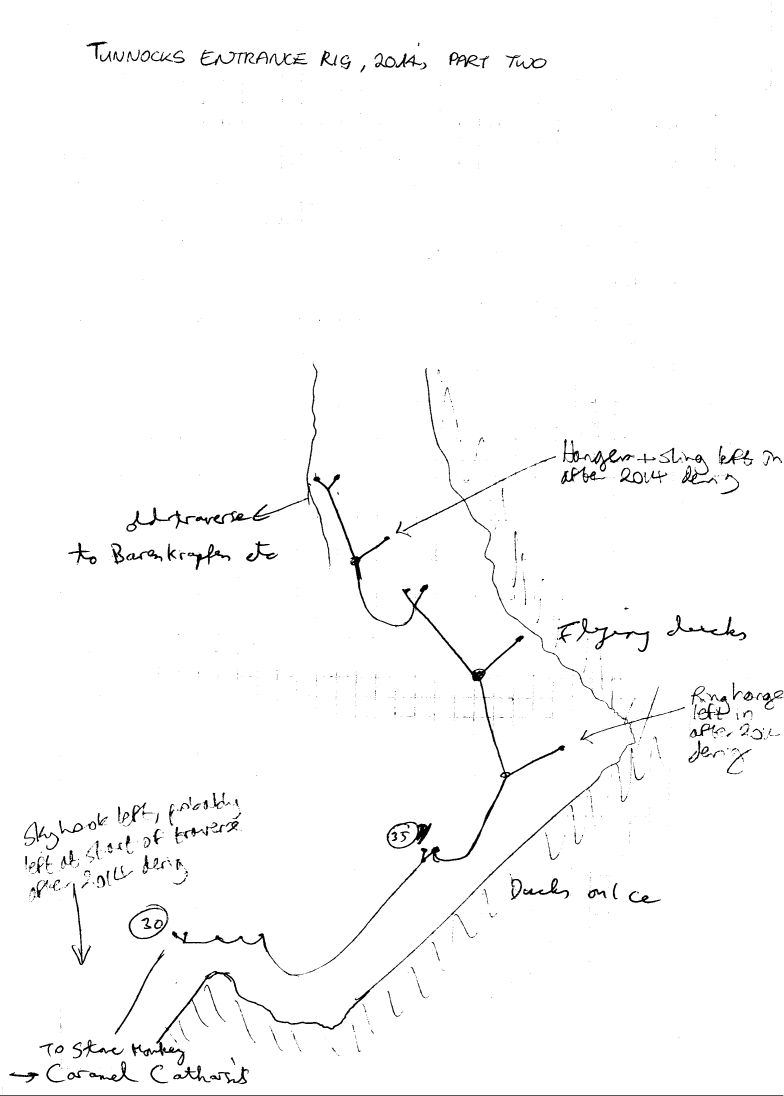