Another trip into the areas surrounding the Beast in Tunnocks. We got slightly delayed on the way due to a slight accident with a slippery tacklesack. Luckily the bag was recovered without incident. Arrived at the top of String Theory just as team efficient 'Becka', Nat & Katey were replacing the handline on the Balcony climb. Straight forward descent of String Theory and up the climb to Pidgeon's In Flight. From here it is easy caving to the big chamber 'Above & Beyond'. This is one of the largest chambers in Tunnocks and is very complicated due to the number of deep shafts in this vicinity. Decided to drop the shaft directly below 'Bob On'. This was the original way we found the chamber back in 2011. we chose this shaft as it is opposite The Beast and is dry and has a solid wall. Rob rigged the first pitch dropping 40m. huge boulders at the top and also a loose hole with a stone shoot made the descent interesting! Rob managed a free hanging rebelay before dropping to the floor landing on a steep bouldery slope. Rob rigged out on the right wall away from the boulders and a direct pitch down another 40 m shaft. Base of the shaft confusing as there are many windows and passages coming in at different levels. From the base Rob climbed up a 5 m climb directly above a huge drop. We also noted two survey stations and pink nail varnish on the walls and on a small boulder. At the time we weren't sure which trip had done the survey but I was 90% certain it was a trip with Andy Chapman, myself and Thomas a German caver back in 2010. Decided to derig as it would be better to approach this area from the pitch at the bottom of 'Sandy Balls', directly below Pidgeons in Flight. Surveyed out after Rob heroically prussicked back up to get the survey instruments I had left at the top of the pitches. Derigged and left tackle back in Pidgeon Droppings. Maybe worth another visit via Sandy Balls but I suspect the next shaft will be wet! 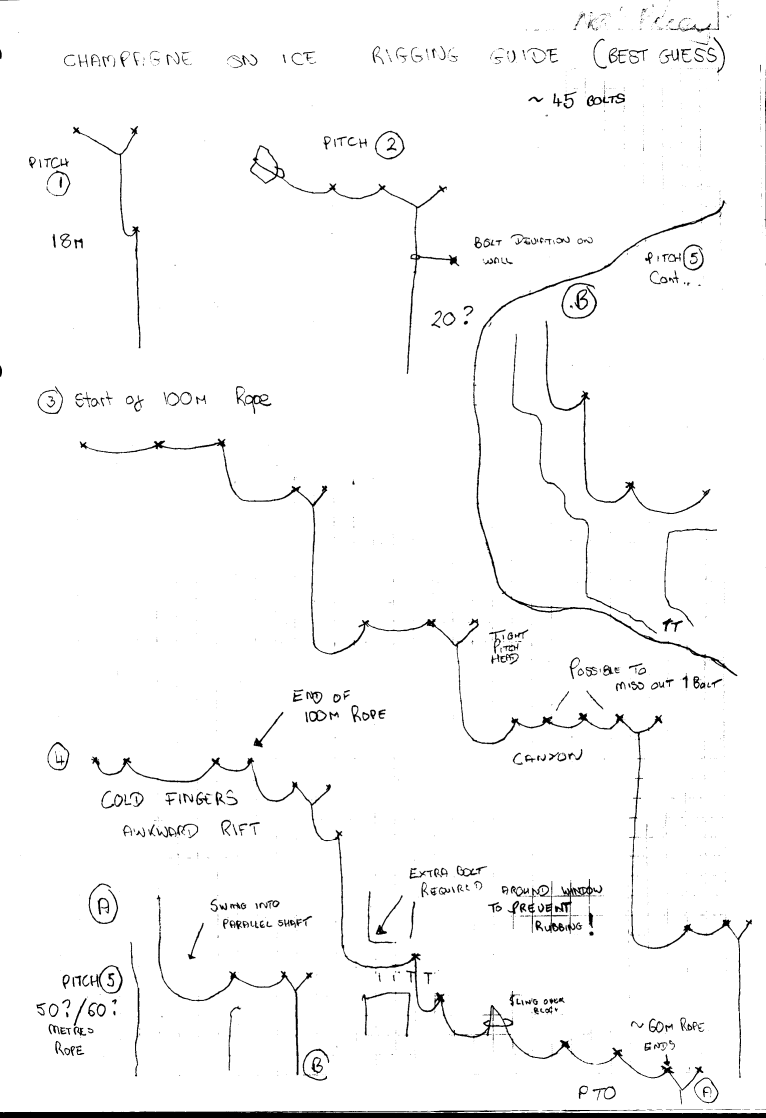