Returned 12th Aug, same team: Cameron dropped a small pitch in the inlet rift, but only led on to an aven. So I dropped the rest of the main shaft in a nice 20m free hang. Overall this made a p30, now called âDowngradeâ as from 3A leads the day before we now had only 2. The pitch landed at a confluence of inlets â one we had been in the previous day and the other beneath the original hading passage (âChampagne a lieâ). The outlet was a small rift leading almost immediately to another pitch. A partial descent was made but no more drill batteries. 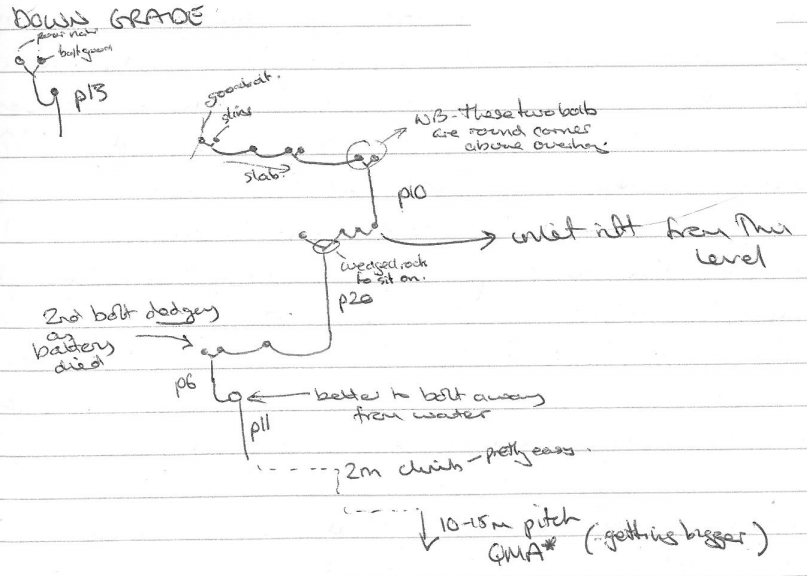