Steeply-descending canyon, aligned 115<->295°, 3m wide with boulder floor. The Tag is in the RH wall looking into the hole (south-eastwards), above a large pointy boulder. The GPS point is ~3m above out of the canyon. 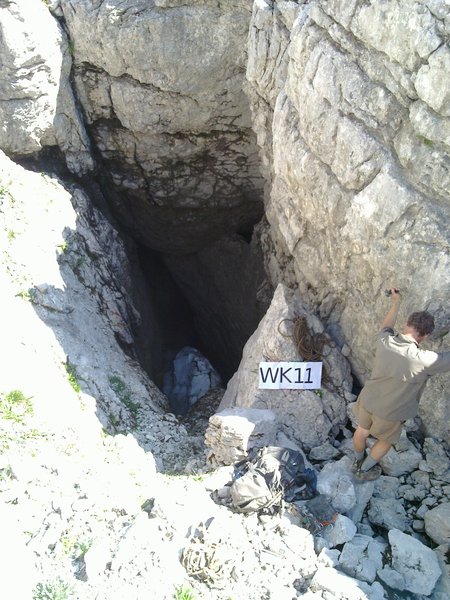 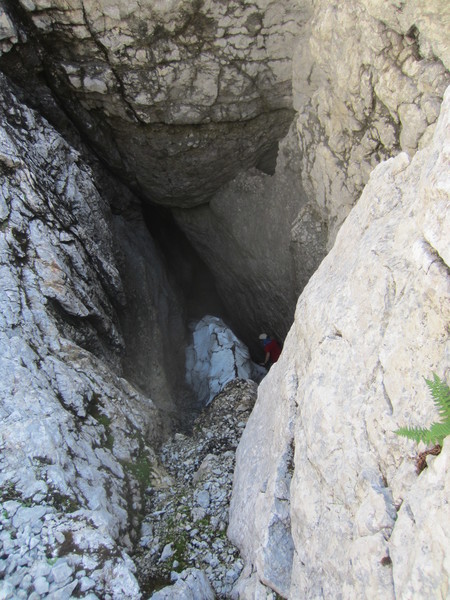 A 30m handline is needed for descent as it is steep and (in 1996 and 2015) containing a snow-slope/ridge. Belay from the pointy boulder. A C3 drops onto the snow-ridge. Progress down the side is possible, descending about 10m from where you continue on top of the snow. There is a alcove on the R, and opposite an ice waterfall comes in from above. Descending another few metres the roof comes down and the snow peters out at a slot blocked with rocks. There is a draught here (inwards on a sunny day (2015-08-09)). 4m more narrow but passable passage can be seen through the slot. It would be a trivial dig to make it big enough to prgress, but some gear would be needed as it definitely stops being T-shirt caving at that point. This is a QM worth returning to one day. 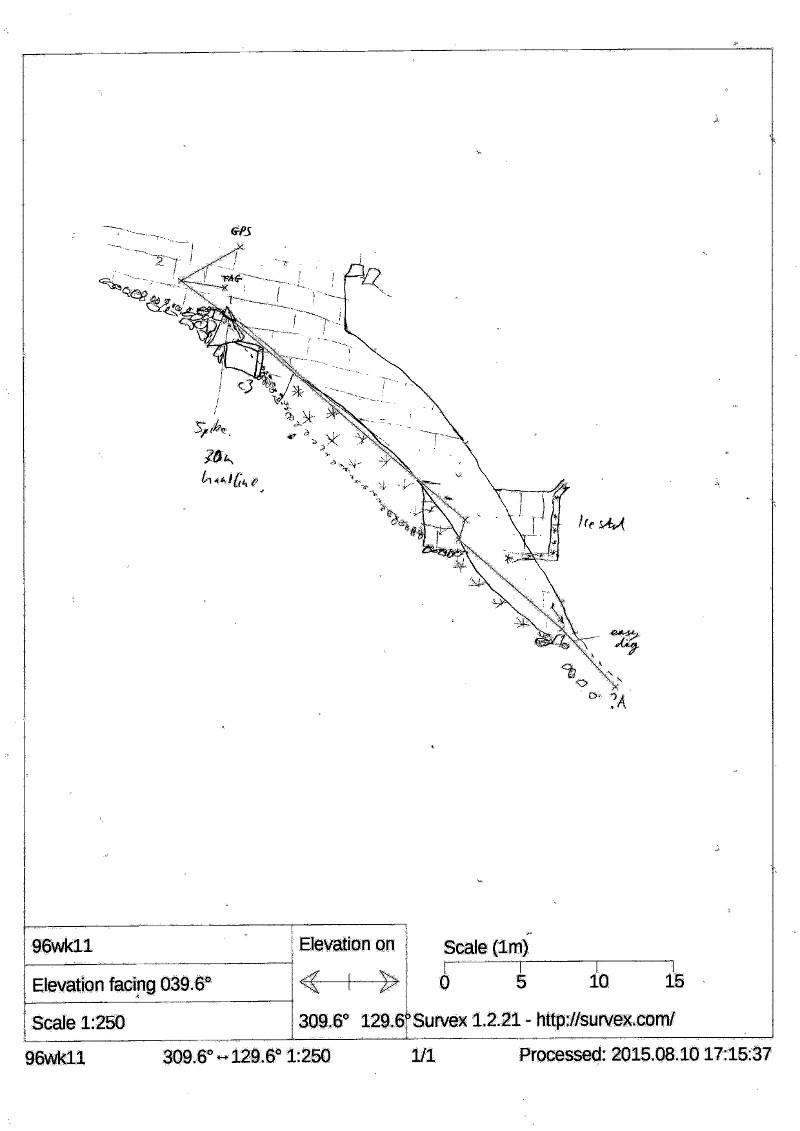 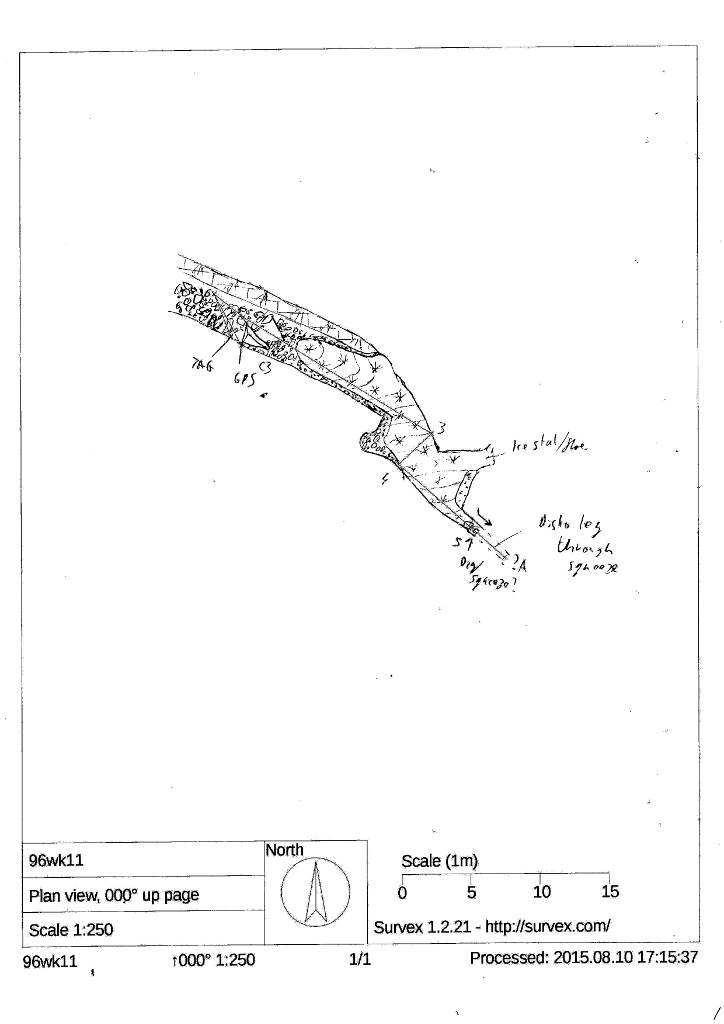